I was pondering about the ‘Arrogance & its exponential damaging outcomes in personal & personal arena’.

So the moot question is ?, How does it originate and where its genesis lies?

This is what comes to my mind:-Arrogance occurs when overconfidence infects you. It chokes the oxygen supply to your brain as you hallucinate about your own greatness. Meanwhile, reality slowly fades away. The moment this happens, it’s a sure-shot indication that you have fallen into the Crevasse of Arrogance.

Since time memorial, arrogance has placed civilisations, organisations and teams in danger of death or extinction. Most of you would have read that failures on strategic missteps, poor market positioning, bad planning, or ineffective execution are the main causes. But in reality, these usual suspects are just the symptoms and not the real cause.

The real cause of arrogance always lurks beneath the surface. We are always amazed by the power that arrogance holds over people. We all know people from across the sections who say, “It’s nothing personal, just business,” as they stab someone in the back. People who think they know everything eventually stop learning and stop questioning, and their arrogance threatens peak performance.

Arrogant leaders ignore warnings at every place of their work, be it in mountains or in crucial operations or in board-room meetings. Their destructive self-absorption, as they pursue egocentric dreams is exceeded only by the damage they leave behind by putting others at risk. Sometimes arrogance of leaders infects others, and the incompetent are allowed to lead beyond their capability. This results in pure hubris or some hidden fear in this kind of arrogant leaders who acts as if the rules don’t apply to them anymore.

Evidence of an Arrogance Infection:-

Arrogance is not an acute illness rather It’s symptoms and no one is immune. Over the past century, the words of arrogant leaders gave various quotable quotes:-

How to tame Arrogance Infection spread? :-

A healthy dose of humility keeps you from veering off into an arrogant disaster. Humility allows leadership greatness to emerge. How do you bring humility to a team without the “benefits” of a bankruptcy or an oxygen-deprived, freezing environment? Humility does not make you less confident or competent, Instead, it improves your judgment by tempering your ego.

As the saying goes, bad experiences teach good judgment, and the better your judgment, the better your performance is. Crafting an arrogant-free culture takes work, but it’s worth the effort. Can you imagine how much more rewarding every- one’s day would be, if they were surrounded by confident, competent, mature team members, who put the needs of the group ahead of their personal desires?

If you are a parent, you know how everyone benefits when you put the needs of others before your own.After all, there was a reason that a Roman slave rode in the chariot with the hero in the parade, whispering to him, “Fame is fleeting.”

Remember, no one is there to whisper to you as you move into the corner office. A high level of leadership requires more discipline. Cultivating humility in oneself becomes essential before cultivating it in any organisation you are serving with.

PS: Brain Trust :📮 Don’t miss out—join the community to support the newsletter, expand your mind, and unlock your true potential!.. BECOME A VALUABLE MEMBER. (It’s Free as of now).

FORGIVENESS IS NOT EASY

Tue May 24 , 2022
Hey Friends, Irrespective of discipline you follow, the entire spiritual teaching is based on forgiveness. But did you ever realise that forgiveness is a heartache […] 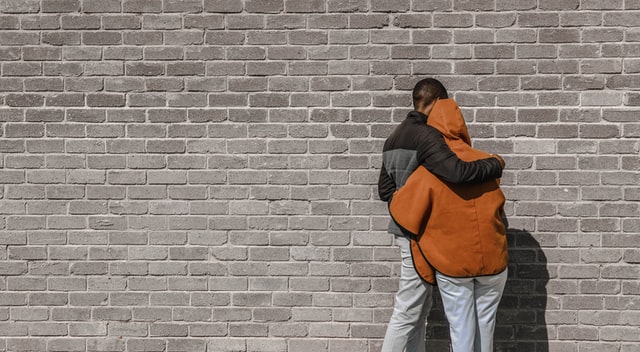