I have re-read this book written by Brian Tracy and would like to share my analysis of “Eat That Frog” Way to Powerful Productivity. One of my all time favourite Line is this :

Now, let me give a quote from the book :

“Throughout my career, I have discovered and rediscovered a simple truth. The ability to concentrate single-mindedly on your most important task, to do it well, and to finish it completely, is the key to great success, achievement, respect, status, and happiness in life.” — Brian Tracy, Eat That Frog

The problem with entrepreneurship and most jobs in tech and streesful enviournment is that it requires a lot of mental effort. So essentially, no matter how pointless or trivial the task, we still feel productive. Consistent prioritisation is what separates the top performers from everyone else.

Nothing in life will move you forward, faster, than consistent prioritisation of things that add the most value for others (and for yourself.____ Joe Sehrawat

Don’t be fooled by what you see on social media or read in a fancy magazine. The answer is not 18 hour in a day and 100 hour weeks. The hustle never stops! You’ll sleep only when you’re dead is a wrong approach to a balanced and meaningful life.

Well, I like sleeping. And I like clocking into work, getting a lot done, getting paid well for it, and leaving work at work. I like having the free time to write and work on my own stuff. __ JOE Sehrawat

We all have a never-ending list of things we have to do. But there are only a few key things that provide the most value and contribution, more than the rest of your list combined.

“Mark Twain once said that if the first thing you do each morning is to eat a live frog, you can go through the day with the satisfaction of knowing that this is probably the worst thing that is going to happen to you all day long.” — Eat That Frog p.2

Eating the frog here essentially means the toughest task or the tasks which are pivotal to move things forward. The simple equation is:-

( EATING THE FROG = DOING THE PIVOTAL OR HARDER TASK FIRST )

All self-help and productivity advice ultimately boils down to the same thing: A little planning & Prioritization. Taking action on the hard stuff. Procrastinating on the stuff that doesn’t matter. That’s it. It doesn’t need to be more complicated than that.

What Are Frogs and Why Should I Eat Them?

“Your ‘frog’ is your biggest, most important task, the one you are most likely to procrastinate on if you don’t do something about it. It is also the one task that can have the greatest positive impact on your life and results at the moment.” –— Eat That Frog p.2

When you get into the habit of doing your most difficult task before you do anything else, you become a person of action and discipline. Your identity changes from a cog in the wheel to the engine that moves the ship forward.

Difficult does not always equate to important or greatest positive impact. If you’re unsure what that means, the keyword is procrastination. You’re likely to procrastinate because of fear. Fear is a great sign that this thing you have to do is an important frog. It can be the fear of failing or looking stupid.

It’s also the fear of success. What if your career actually takes off and they start giving you more responsibility and money? Who wants that?! So we procrastinate on real contribution. We procrastinate on finishing and showing our work. Instead, we keep busy doing stuff that “should” get done, and the stuff we’re told to do, in order to avoid looking a big, ugly frog in the face.

Tadpoles are helpless babies that aren’t frogs. They’re easy to kill. Killing tadpoles is a mindless activity that doesn’t impress anyone. Eat the biggest, nastiest frog (the biggest task for the day) you’ve ever seen and now you have something to be proud of.

How to Find Your Highest Value Activities :

You may already know what your frogs( biggest tasks ) are ??, But take some time to do the exercises below. A few minutes of reflection is worth a hundred times more than hours of mindless busywork.

When you realize the importance of deciding, starting, and finishing the things that will have the greatest impact on your life, career and organization, then you’re going to do better than 90% of the people out there.

Goals and goal-setting have fallen out of favour these days. Instead, we’re all about systems, habits, and daily practice. I agree because goals can be dangerous. Goals focus on the outcome, which we don’t control.

Systems are better because we have control over our systems. We can measure “success” with a system because every day we either do it or we don’t. Focus is on the daily process, not the eventual outcome.

Frog eating is a system. When you organize the things you have to do in order of their impact, plan ahead, and then focus on the most important tasks until they’re done, every day, that’s a system.

But you need to have some idea where to aim your energy. Without some clarity, all of the effort we put into our systems can go to waste.

Step 2 — Organize the Biggest Frogs Down to the Tiniest Tadpoles

“One of the very worst uses of time is to do something very well that need not be done at all”— Eat That Frog p.10

Recognizing the difference between high-value and low-value activities is the core of Eat That Frog. Rather, It’s the core of most productivity advice. If you learn only one thing from this post, I hope it’s the ability to separate true contribution and value from everything else that doesn’t really matter.

We can give weight to each activity using the ABCDE method. Think about how much each item moves you towards your goal. Think about the short-term and long-term consequences of doing or not doing each thing on your list.

If you do the exercises above, you should have a pretty big list of things to do. Now accept that you’re never going to do it all. There’s never enough time and there never will be. But your goal is not to become the best “checker of lists.”

“You can get your time and your life under control only to the degree to which you discontinue lower-value activities.”— Eat That Frog p. 34

80% of your results will come from 20%, maybe less, of the items on your list. Out of all your frogs, which one (four at most) is going to have the biggest impact on your progression?

The idea is not to stay busy for 18 hours a day but to commit those few precious hours when our ability to concentrate and focus is highest, and we are focused on our most important and difficult things.

Ask Yourself the Great Question :

“What one skill, if I developed and did it in an excellent fashion, would have the greatest positive impact on my career?”

Look into yourself for the answer. Ask your boss this question. Ask your coworkers. Ask your friends and your family. Whatever the answer is, find out and then go to work to bring up your performance in this area.— Eat That Frog p.45

The best way to figure out how you can add value, especially if you’re employed or doing work for somebody, is to ask. Have a conversation about it.

REMEMBER:– As you get more experienced, the contents of each Day OR hours might change, but the system remains the same.

HOW TO IMPROVE YOUR FOCUS

Mon Jun 14 , 2021
Hello Friends, The most popular question on the web is: “How one can improve focus and can do work/study for a longer period of time?” Improving […] 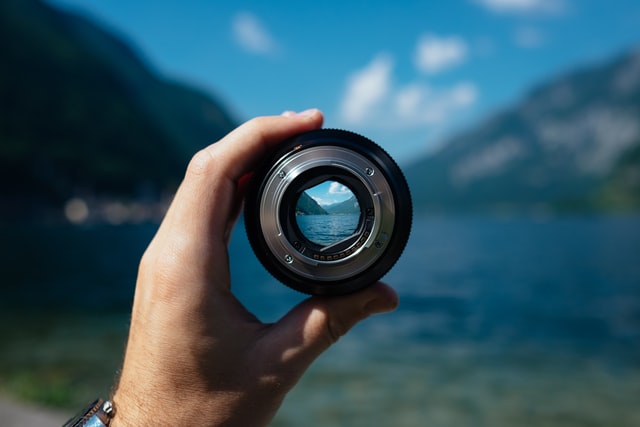