When we are young, we have so many dreams which we badly wanted to realise in this lifetime. Be it study abroad, staying in New York or London or Morocco or becoming entrepreneur bla.. bla … . But there are many problems like immigration rules, different exams and their ever changing criteria, University Rules etc etc.. and then you will say to yourself: “There is absolutely no way I’ll get accepted.”

“I can have fear, but I need not be fear—if I am willing to stand someplace else in my inner landscape.”

I remember having one such conversation with my mom and I shared my few vision with her and that’s what she said:

“It’s not your decision, you do your work and put it out there for the people/world to make a decision on it. You do your part first and let others do their part” __ Shanti Devi

Booooom, How Trueee , It’s an amazing thought process to deal with literally anything. And, she was right. We constantly limit our options by deciding for others.

If this fear of failure is bad for our personal and professional growth, why is it so common?

We all want to be loved

Fear of failure starts in early childhood. In a study looking at the relationship between young athletes and their parents, researchers found a correlation between the parents’ high expectations for achievement and the children’s fear of failure.

The more the parents showed a negative reaction to what they perceived as a failure from their kid, the more the kid would fear the consequences of “failing.__ Joe Sehrawat

In some people, this can turn into an irrational and paralysing fear of failure, often accompanied by an intense feeling of panic or anxiety, and physical symptoms such as difficulty breathing, an unusually fast heart rate, and sweating.

For most people, though, fear of failure manifests itself in self-doubt that prevents them from making decisions. Because we are social animals and feel the need to be accepted by others. Finally we end up:

We end up doing things that are already within our realm of safety, and give ourselves the illusion of growth by reading, researching, watching videos… Anything but actually doing the thing and risking being judged by others. We’re basically procrastinating.

The good news, though, is that nobody is hoping for you to fail. The truth is that most people you know would be happy to see you succeed, and the ones who don’t know you don’t care. So how can you shift your perception and overcome your fear of failure?

Have a perception of possible

When you start doing anything like starting a new sport , learning a new language or reading a novel, you rarely expect to finish it through. Strangely, we’re not so pragmatic when it comes to personal goals.

It’s a common mistake to look at a long term goal and to never get started because it seems too far out of reach. But we can reshape our perception of what’s possible by breaking our journey down into smaller, more achievable chunks.__ Joe Sehrawat

Achievable in this case does not mean something where you are certain of succeeding, but rather something that you can put to the test in the short term, without being able to use any excuse to put it off.

For example, if you have a fear of public speaking and use the excuse that nobody would ever invite you to speak at a conference, a small, achievable chunk would be to apply to five local meetups to give a talk. While speaking in public may sound terrifying, filling an online form is perfectly doable. While writing a book is a daunting task, writing a blog post is much more manageable.

If you see life as a giant experiment where your goal is to explore as much as you can to obtain answers to your questions, failure becomes the price to pay to get closer to these answers.

Scientists often have to repeat experiments thousands of times to get a conclusive answer. And more often than not, the answer they get is that their initial hypothesis was wrong.

Not performing the experiment would have allowed them to stay in a cozy limbo of being not wrong, but is that what a scientist would prefer?

“The cost of being wrong is less than the cost of doing nothing.”

This is why approaching failure like a scientist is so powerful. By taking decisions that will let you learn something new, you are guaranteed to never really fail.

Another way to approach your fear of failure is to think like a kid. Instead of imagining all the ways you may fail, keep an open mind, and cultivate your curiosity. Children tend to experiment just for the sake of it. What will happen if I press this button? How does it feel to touch this thing?

Reconnecting with your inner child is a great way to overcome your fear of failure. What will happen if I publish this post? How does it feel to speak my mind?

Maybe nothing good will happen, but a child would not take the answer for granted.

Build your journey in increments of curiosity. Start with something small, then move onto the next step. With time, your mind will become increasingly comfortable with the idea of trying new things and growing through constantly expanding your horizons.

Here is how can you start applying this approach right now:

The only mistake you can make is to not get started. You may feel some anxiety or discomfort along the way, but addressing your fears and trying new things you care about is the only way to avoid another feeling that’s much harder to manage: Regret.

EMOTIONAL AGILITY: HOW TO BUILD RESILIENCE

Sun Apr 25 , 2021
Hey Friends, “Life’s beauty is inseparable from its fragility.” This quote by Dr Susan David perfectly encapsulates the importance of emotional agility. We love and we lose, […] 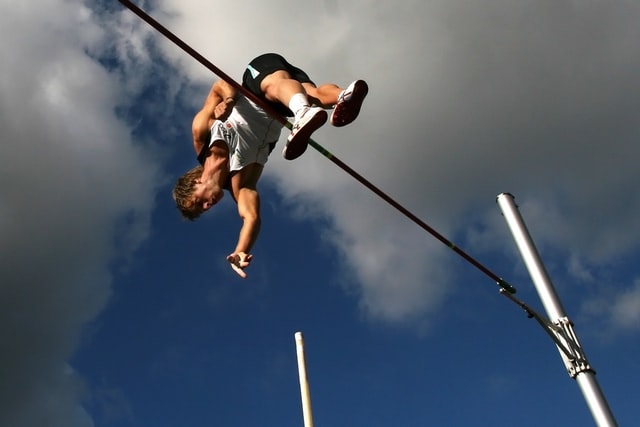