How do we learn to perform complex skills like programming, physics, or piloting a plane? What changes in our brain allow us to perform these skills? How much does learning one thing help us learn something else?

These are hard questions. Most experiments only attempt to address narrow slices of the problem. How does the schedule of studying impact memory? Is it better to re-read or retrieve? Should you practice a whole skill, or build up to it from its parts? These don’t directly address the big questions.

This is what makes John Anderson’s ACT-R theory ( ACT-R stands for Adaptive Control of Thought – Rational) so ambitious.1 It’s an attempt to synthesize a huge amount of work in psychology to form a broad picture of how we learn complicated skills. Even if the theory turns out not to be the whole story, it helps illuminate our understanding of the problem.

First, A Note on Scientific Paradigms

Before I get to explaining ACT-R, I need to step back and have to talk about how to think about scientific theories, in general.

All scientific theories are built on paradigms. A paradigm is an example that you take as central for describing a phenomenon. Newton had falling apples and orbiting planets. Darwin had the beaks of finches. Obviously, Newton didn’t restrict his theory to tumbling fruit, nor Darwin to a few island-dwelling birds. Yet, these were the examples they used to lay the foundations for their broader theories.

Nowadays, we take for granted that mechanics and evolution are Science™, and thus their original paradigm cases are largely historical footnotes.2 We can ignore their origins and simply focus on applying the theory.

Theories of the mind aren’t like this. Nobody believes we’ve found some unified theory that fully explains how the mind works. Yet we know a lot more than nothing. Scientists have collected mountains of evidence that sharply constrain any valid theory of the mind. But minds are complicated, and there are still a lot of possible theories that could fit.

With this in mind, what does ACT-R take to be its paradigm case for cognitive skill?

This paradigm might not seem very representative. Certainly, most of the human experience isn’t like programming. Yet a good paradigm doesn’t need to be prototypical of the phenomena it tries to model. In fact, often the opposite is true, with the best paradigms being unusual because they lack the messiness of more typical situations. Newtonian mechanics had to overcome the fact that we’re immersed in an atmosphere where friction is ubiquitous, and most objects eventually come to rest. Darwin needed the peculiar environment of the Galapagos where finches would adapt to unique niches in relative isolation.

Within this paradigm, ACT-R makes some impressive predictions and manages to account for a huge body of psychological data. Therefore, I think it’s worth understanding seriously if we want a better picture of how we learn things.

The declarative system includes all your memories of events, facts, ideas and experiences. Everything you consciously experience is part of this system. It contains both your direct sensory experience and your knowledge of abstract concepts.

The procedural system consists of everything you can do. It includes both motor skills, like tying a shoelace or typing on a keyboard, and mental skills, like adding up numbers or writing an email.

Why two separate systems? A single system would be simpler. But there’s an impressive range of evidence arguing that these systems are distinct in the brain:-

The basic unit of declarative memory is the chunk. This is a structure that binds approximately three pieces of information. The exact contents will vary depending on the chunk, but they’re assumed to be simple. “Seventeen is a number” might be an English description of a chunk that has three elements: [17][IS A][NUMBER].

Since chunks are so rudimentary, how do we understand anything complicated? The idea is that, through experience, we connect these chunks into elaborate networks. We can then traverse these networks to get information as we need it.

The declarative memory structure is vast, but only a few chunks are active at any one time. This reflects the distinction between conscious awareness and memory. When we need to remember something, we search through the network. For practised memories, this is relatively easy as most related ideas will only be a step or two away. For new ideas, this is much harder since they’re less well integrated into our other knowledge and therefore require more effortful search processes.

How do nodes get activated? There are three sources:

The declarative system, with its vast hidden network of long-term memory and briefly active nodes corresponding to our conscious awareness, is impressive. In order to solve problems, we use this system to make decisions about what to do next. But, according to ACT-R, it’s also inert. Something else must transform it into action. That’s where the procedural system comes in.

The basic unit of the procedural system is production. This is an IF -> THEN pattern. To illustrate, production might be “IF my goal is to solve for x, and I have the equation ax = b, THEN rewrite the equation as x = b/a.”

For each active representation in declarative memory, many different workable solutions/productions compete to find the best match for the current situation. When a solution/production matches an active representation in declarative memory, and the expected value from executing this workable solution/production exceeds the expected cost of either taking a different action or waiting, it triggers. The action is taken, the state of the world (or your internal mental state) changes and then the process repeats itself.

If you repeat a sequence of actions many times, this sequence can be consolidated into a single workable solution/production. Thus, only one solution/ production has to be activated to execute the entire series of mental steps from start to finish. While this is faster, it is also less flexible. With time, this can result in skills that are less transferable to new situations as you’ve automated specific solutions for specific problems, rather than implementing the general procedure from scratch each time.

How ACT-R Claims You Solve Problems

How Do We Acquire Skills?

In the ACT-R theory, learning skills is thought to be a process of acquiring and strengthening workable solutions/productions.

Initially, productions are learned via analogy. We search our long-term declarative memories for a similar problem. Then we try to match this to our current representation of the problem. When we have a match, we create a workable solution/ production.

ACT-R argues that we don’t learn by explicit instruction, only by example. When we appear to learn via instruction, we first generate an example based on the instruction and then use this example to create a new workable solution/ production.

ACT-R makes robust predictions about learning and transfer that are supported by quite a bit of data.

The following graph is reproduced from Anderson’s Rules of the Mind. The prediction is that transfer should be linear in the number of workable solutions/ productions. This is exactly what we see.3 To my mind, this is some of the best evidence that ACT-R, or something like it, accounts for the transfer of cognitive skills.

What about more complicated skills? ACT-R argues that more abstract, higher-level skills should transfer better between situations because the underlying productions are preserved. So the skill of designing an algorithm should transfer between different programming languages because the algorithm is the same in each case, even if the skill of writing the syntax to code the algorithm won’t.

What about knowledge and understanding? ACT-R has less to say here. The types of puzzles used to test ACT-R theory tend not to require a lot of background knowledge. Since the declarative part of learning is relatively quick in the demonstrations studied, it doesn’t dominate the transfer situation. For knowledge-rich domains like law or medicine, there may be different patterns of transfer as properly activating the declarative memory system becomes the most time-consuming part of acquiring a skill.

Over a century ago, Edward Thorndike proposed that the only transfer we could expect between skills was due to them containing identical elements. ACT-R is essentially a revised version of this theory, arguing that the elements sought are productions/ solutions.

Understanding what knowledge transfers depends critically on the answer to the question, “what is actually learned through experience?”

There are a few general implications we can tease out: –

Do follow the ‘JOE’s Life Skills Lab‘ and get yourself enrolled in my E-Mail Newsletter  “SUNDAY RETAZOS” sent exclusively to my subscribers with weekly updates on Mindful Productivity, life lessons and interesting articles I discover during the Week. I AM SURE YOU DO NOT LIKE TO MISS OUT ON THIS.

THE SECRET TO HAPPINESS?

Sun Jul 3 , 2022
Hey friends, I study mindful productivity, happiness, habit building, and human nature. And people often ask me, “What is the secret to happiness?” I give different answers, […] 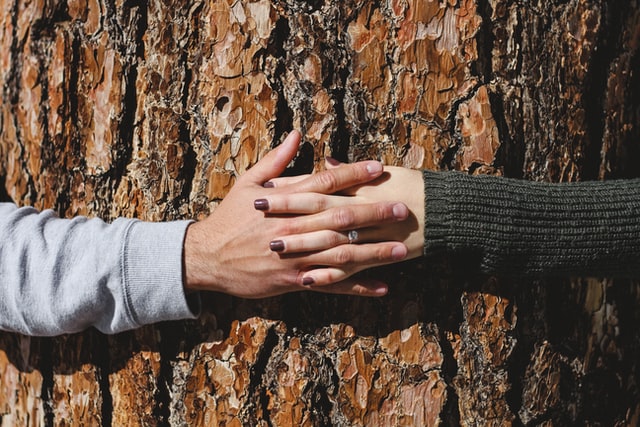